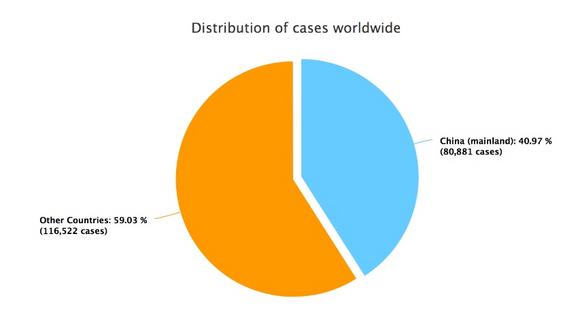 University of the future

MAP OF THE END TIMES 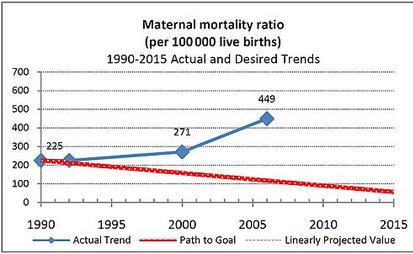 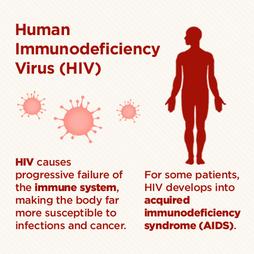 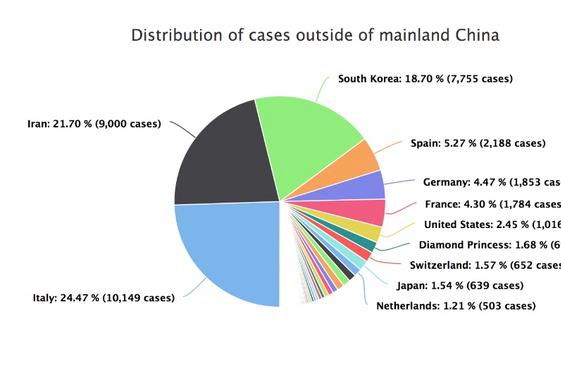 OVER VIEW OF PROPHECIES

We know we are living in the last days of Planet Earth because of the following Bible prophecies being fulfilled now:

There are five (5) specific "signs" that Jesus said would precede and accompany the worst events the world has ever known … the worst since the Flood of Noah. These "signs" are as follows:

The purpose of a false prophet is to draw attention away from Jesus Christ (Messiah) of Israel. There are many false prophets who have been used by Satan in the past centuries. The Apostle John, writing in the New Testament (Hebrew: Brit Chadashah), said that the spirit of anti-Christ was already in the world in the first century.

These same demons operate through false prophets today who claim to be prophets of God. In the final days of Planet Earth, there will be one who is energized by Satan, the false prophet that will draw people to worship the coming world leader. At the same time there will be a mandatory one-world religion instituted. This world leader will be chosen by the 10 nation union that will form from either the European Union or the Confederacy of Arab nations, or a combination of either. [Study: Map of the End Times.]

Many religious groups and self-proclaimed prophets, try to re-package Jesus' prophecies and signs which were given by the Messiah hundreds of years before these religions were started. They do this to assert that their non-entity false gods and/or prophets are worthy of credence. This is a tactic of Satan to draw people's attention away from the "signs" of the end times and the soon return of Messiah Yeshua (Jesus).

Many will also claim to be the Messiah, but don't be fooled. False agents of Satan, such as those in the "New Age" movement (and other world religions) will also claim to be bringing about spiritual unity. Beware: The Messiah will NOT be here, or there, or in the desert (as a teacher). [Read Matthew 24:21-27]  When Messiah comes (the 2nd time) he will appear quickly as lightning - unannounced - and as a "thief in the night": unexpected. Make sure you know Jesus the Messiah (Jewish: Yeshua HaMashiach) … and make sure you are ready! Pray and invite Him into your life NOW!

It is estimated that 180 million people have been killed in wars and fighting during the last (20th) century just passed. This is larger than any other century in history! Terrorist groups such as ISIS are waging insane assaults on whole cities with their their goal of world-wide domination in the name of Islam. For a precise understanding of Islam, go to: Islam and Its Teachings.

About 1 out of 22 deaths (4-5 percent) in the 20th Century were caused by other people. Those were deaths caused by political violence: terrorist bombings, executions, starvation among refugees, hard labor in prison camps, and battlefield casualties. The Nazi Holocaust caused the death of six million Jewish People. However, there is a holocaust coming that will be for worse for Israel. To learn more about this next holocaust, read the book,  Babylon the Bitch: Enemy of Israel  by Prince Handley.

Biological terrorism and warfare is more likely to be used - and more threatening - than conventional warfare. Their detection and prohibition is next to impossible. The agents are easy to obtain and are inexpensive. At least 20 nations now either produce or have biological weapons capabilities.

Government actions to prevent are minimally funded and supported. The only protection is by speaking or declaring the BLOOD of Christ over you, your family, and your household. Yeshua (Jesus) is God's Lamb sacrificed during Passover 2,000 years ago. The first Passover in Egypt was a picture of the Messiah, the real Passover Lamb.

Famine is not only the failure of food production but also the failure of marketing systems to distribute the food. Wars, diseases, and earthquakes can all contribute to both types of failure. People in increasing numbers lose access to food.

Excessive numbers of people die as a result of famine. Also, many people die after the worst of the crisis as infectious disease resulting from reduced food intake continues.

Famine covers more than food shortage and excessive food prices. It also causes a major recession in the economy, which in turn affects employment and income. Bio-terrorism could at first be a greater threat against agriculture than against citizens, but with the end result of famine.

Smuggling, stealing, and black-market crime increase. People are forced to sell their key assets (jewelry, animals, land). Wives are evicted and children sold. People leave their land, homes, and communities. Death is the result of famine but breakdown of society is the by-product.

Biological warfare is the deliberate spreading of disease among humans, animals, and plants. Primary agents of bioweapons produce many diseases that are hard to diagnose; they rarely occur naturally and often appear like other diseases.

A dirty bomb uses conventional explosives to spread radioactive materials. Such a weapon is known as a "radiological dispersion device." A "dirty bomb" may or may not kill many people, but can create fear, panic, and huge financial losses. For example, a dirty bomb in New York or Tel Aviv could result in a loss of trillions of dollars.

The "dirty bomb" threat is real. Economic fallout and panic will cause chaos. Cleanup costs will be astronomical! The radiological materials have to be removed, as they cannot be washed or blown away. Residents, fearing radiation exposure, will flee cities attacked and businesses will not want to re-open.

For those local people who do not die, long term effects will be disastrous. In weeks after an attack their immune systems will decline because radiation kills bone marrow. On the long term there will be a higher risk of cancer. Plus, cases of leukemia will crop up within two years.

Biological diseases resulting from bio-warfare, plus natural diseases such as COVID-19, SARS, AIDS, STD, ebola, echoli, smallpox, and other NEW diseases can easily wipe out masses of the population. Diseases, regardless of origin, are just one of the "signs" of the final days.

Every day in Africa, more than 5,000 people die of AIDS. 36.7 million live with HIV globally; However, 30% do NOT know their status. More than one million people in Africa have HIV/AIDS. Without treatment one-half of children under the age of two will die with HIV if not treated. At the end of 2016, an estimated 1.1 million people aged 13 and older had HIV infection in the United States, including an estimated 162,500 (14%) people whose infections had not been diagnosed.

As of July 2017, 20.9 million people living with HIV were accessing antiretroviral therapy (ART) globally, up from 15.8 million in June 2015, 7.5 million in 2010, and less than one million in 2000. Due to globalization and immigration, AIDS will soon effect every major city on Planet Earth! HIV continues to be a major global public health issue. In 2017 an estimated 36.9 million people were living with HIV (including 1.8 million children) – with a global HIV prevalence of 0.8% among adults. Around 25% of these same people did not know that they had the virus.

AIDS has killed more people than World War I, World War II, the Korean War, Vietnam, and the Gulf War combine. In many parts of Africa, up to 50% of hospital beds are occupied by HIV / AIDS patients.

But, check this out, the 2016 invasion of the Zika virus (contracted from mosquito bites) resulted in increased alarm among health care workers and travelers, especially pregnant women where babies with very small heads were born.

DISTRIBUTION OF CASES OUTSIDE MAINLAND CHINA

The Oct. 8, 2005, earthquake in Pakistan killed over 79,000 people in Pakistan and more than 1,300 on the Indian side of divided Kashmir. On April 25th and again on May 12, 2015, a double earthquake strike hit Nepal and killed more than 8,000 people and injured more than 19,000.  The 7.8-magnitude earthquake rocked the country, caused buildings to collapse, set off avalanches on Mount Everest and catapulted the entire region into chaos with 100 aftershocks (one a 7.3 magnitude over two weeks later).

The 2004 Indian Ocean Tsunami is the deadliest tsunami in recorded history, and it caused an estimated $14 billion in damages at the time. Check out the videos on the following catastrophic tsunamis:

2011 Japan Earthquake and Tsunami. Watch on VIDEO as people watch waves overtake them.

Most recent earthquakes are occurring around southern Alaska, the Caribbean islands, the west coast of the United States and South America, and the east coast of Asia and Indonesia. They are most likely to occur near fault lines.

For detailed information on earthquakes, their causes, the tectonic zones and fault plates, plus videos of tsunamis and latest earthquakes in the world, go here: Earthquakes and End Times.

There is an earthquake coming that will be bigger and more destructive than the world has ever known. One earthquake will level one-tenth of the city of Jerusalem, leaving 7,000 dead. Also, in the final days of Planet Earth, a great earthquake of a magnitude unprecedented in human history will split a great seaport city into three sections, and cities around the world will fall in heaps of rubble.

Read the Holy Bible: get ready NOW! Messiah Jesus is coming back soon!

It's interesting to note that many news articles have been reported upon - almost daily - in major media dealing with Artificial Intelligence (AI), famines, disease, earthquakes, terrorism, dirty bombs, wars, and insect infestations. Almost with regularity, news reports have been issued about such things as the following:

[] Artificial Intelligence (AI)  is shaping your future whether you know it or not. It is IMPORTANT that you learn everything you can about AI and HOW it will affect your family, your future ... and your nation: both NOW and in the End Times. Study here: AI and Your Future. Plus, Prince Handley's book: Enhanced Humans: Mystery Matrix.

[]  VeriChip Corporation has a Chip Mobile which will come to your area. You can now pre-register for your own personal VeriChip. Many companies are already using the implant device for security and identification. Radio frequency energy passes through the skin energizing the dormant VeriChip, which is about the size of the point of a ball point pen. There are other vendors of implants and several advantages of implants ... however, realize this is ONE STEP closer to the Mark of the Beast.

Such technology can be very helpful to Satan in order to psychologically prepare the way for society to receive the "mark of the beast" and to be comfortable with implants, marks, laser images or other devices for commerce.

[]  In Batou, China, floods, then storms of hail, then drought . . . and then swarms of locusts (four times the size of regular locusts) devouring some 15 million acres of crops and grassland and infesting another 13 million acres.

[]  Earthquake swarms below the earth's surface (1,600 in a seven month period in one area).

[]  Products and materials seized for manufacture of dirty bombs.

To learn the complex details about the final days of Planet Earth ... AND ... geopolitical alignments, read and study prayerfully the following books:

"You shall know the truth, and the truth shall make you free."