PODCAST SATELLITE
THE VOICE OF ISRAEL

You can listen to this message NOW.
Listen NOW >> LISTEN HERE

Email this message to a friend.

DESCRIPTION OF THIS TEACHING

It's TIME for YOU to be used by G-d to do exploits … and then … watch G-d bless YOU.

As I mentioned in my podcast, Confidential: Intel for Israel (12 Feb, 2009), Turkey will be the new headquarters for the New World Governance. In due time it will become obvious that it will in effect be the (clandestine) headquarters of the NIO: New Islamic Order. As the Global Governance center, Turkey will come into position after breaking away from its previous European and Western associations, and―as the Eastern leg of the old Roman Empire―it will be the epicenter of Islamic geopolitical and financial concourse.

Already, since I have provided this information, we have seen (via Vaadat Orchim) that Turkey is parlaying and weighing her odds for partnership to her greatest advantage: Russia (and the Caucasus), Saudi Arabia, or Iran. Either―or all of the three―as bedfellows, will still have the stamp of Islam.

THE ROLE OF TURKEY IN PROPHECY

Turkey is the only Muslim nation in the Middle East to have formal diplomatic relations (although strained at times) with Israel. But according to the Prophet Ezekiel, Turkey (Togarmah) turns its back on the West, allies itself with the Islamic confederation led by Iran (Persia) and is a participant in the Gog-Magog War. We have seen this happen recently! Read the next paragraph!

I asked the question in my podcast of 28 February 2009, Israel: A Plain Path, “What would it take to drive Turkey into an alliance with Iran, Saudi Arabia, and ultimately, the Russians?” Evidently, the ANSWER is, “Not much,” because in just one month from when I asked that question, Turkish premier Erdogan was wooing Iran and its radical clients, while cutting loose from the West and driving Ankara's ties with Egypt, Saudi Arabia and Israel into the ground. Also, Turkish president Gul was courting Russia and Armenia to build up a stake in the Caucasian and Caspian regions.

It's been 75 years and Turkey is still being rejected by the European Union and the West … so where would you expect her to turn? ANSWER: to her Islamic relatives in the Middle East (like I said seven years ago). This will result in a quantum shift in the power balance affecting Eastern Europe and the Middle East. See more about this in the “What To Watch For” section of my book, Israel and Middle East: Past Present Future.

Turkey may play both ends against the middle. In other words, still court the EU while committing incest with her Islamic Middle East relatives for affiliation in worldwide commerce and trade ... and ultimately becoming the Headquarters of the United Nations  New Global Governance (the NGG).And, the New Islamic Order (NIO).

In the Tanakh Book of Ezekiel, Chapter 38, we see that Russia, Iran, Turkey, Germania and two Northeast African entities will attack Israel (after she has returned from dispersion in the nations―which has happened since 1948). WHY? The scripture tells us, “To take a spoil, and to take a prey; to turn your hand upon the desolate places that are now inhabited, and upon the people that are gathered out of the nations ...” (Verse 12).

The oil field in the Golan Heights next to Syria is potentially a major energy find. One business site―Globes―quotes Yuval Bartov, chief geologist of Afek Oil and Gas as saying:

The estimated size of the field, if found to be true, would make Israel a world player in the oil market.

Currently, the only “practical” markets available to Israel―if they want to export―are Jordan, Egypt and maybe Turkey. However, Europe needs oil and gas desperately to “fill in” what is lacking from alternative energy resources―about half its natural gas comes from Russia (1/7th of its imports). The KEY supplier of gas to Europe at this time is Russia. Much of Europe's oil supply has come from Libya in the past but since the Arab Spring that has dried up.

If and when Israel becomes a major producer of oil they will become a threat―the MAJOR competitor―to Russia and her southern step neighbors. Israel has KEY geographical significance with Europe: key potential pipeline routes under the Mediterranean to Europe.

When Europe imposed sanctions against Russia during the Ukraine Civil War, Russia shut off the gas pipelines to EU … a major blow to Europe. Europe wants and needs an alternative pipeline to go around Russia. This leaves two options:

However, BOTH options go through Syria. Syrian President Assad―who allowed the Russian Navy to berth in his port at Tartus―rejected the pipeline to EU deal. This also increased his favor with Russia as a defense mechanism (a play on words). Now you know WHY Vladimir Putin wanted Assad to stay in power in Syria. “It's about the money, stupid!” Russia can block the two options for competitive pipelines.

Now YOU can see the geopolitical chess move for Russia to move into Syria―helping Assad to say in power―and planning the next move toward the south against Israel with her new oil and gas discoveries. (Part―if not most of―the spoil Russia and her bed-partners will want to plunder according to Ezekiel Chapter 38.)

Where does ISIS fit in to all of this? ISIS is against Assad and against Israel. Assad also maintains Syria's pivotal role on the Middle East's strategic map: He is an ally of Iran's Shiite (Shia) theocracy, he supports and arms Hamas in the Gaza Strip, as well as Hezbollah in Lebanon, thus maintaining a level of enmity toward Israel.

Saturday, February 27th 2016, there was a temporary ceasefire announced in Syria but it will NOT hold. Terrorist organizations, of course, were NOT included in the talks and this leaves a convenient “out” for Russia, Iran and Assad to continue their tactics.

Even though it's all about the money, you do NOT have to be. Do you want MIRACLES or masters? Do you want prophets or politicians? In a passage of scripture dealing with the End Times, the Prophet Daniel tells us, “the people who know their G-d shall be strong, and carry out great exploits.” (Daniel 11:32) Carrying out great exploits involves displaying strength and taking actions.

In my book, Prophecy, Transition & Miracles, I mention that “your life is not over … it is just beginning … if you will transition into prophetic ministry. The greatest and most overlooked service for the LORD during this entrance of the End Times―in which we are NOW―is the service of creative prophetic decrees. He who leads you into this NEW transition will also lead you into the intricacies of the details. Where are the Deborah's and the Eliyahu's of today? I know one Deborah who has already been called to the scene in Israel (she is "wrestling" with this calling ... but will come to the front in due time). She is beautiful and well known ... and she will have many rewards in Heaven ... and in Eretz Israel.

Why do you think in the Brit Chadashah in the Book of Revelation that G-d says, “Come out of her, my people, lest you share in her sins, and lest you receive of her plagues.” (Revelation 18:4) This is a future prophecy dealing with the city Babylon (the Whore). My point is this, G-d can and does use prophets and angels to warn His People … in the past, the present and the future. G-d needs YOU. G-d needs you to seek His face … to listen … and to decree prophetically. By doing so you will work with G-d to creatively establish End Time decrees to penetrate the forces of darkness and bring about the geopolitical mandates of the Spirit of G-d aligned with the Word of G-d.

G-d will give YOU a sign. You will know if this is what G-d is calling you to do―maybe in addition to your other Holy assignments.

To help you know what's going on in geopolitics (now and in the future) and how to transition into creative prophetic decrees, here are two resources:

“G-d of Abraham, Isaac and Jacob, if Yeshua (Jesus) is really my Messiah, please reveal Him to me and I will serve You the rest of my life. Please forgive my sins. Help me to live for you the rest of my time on earth, and take me to Heaven when I die. Amen.”

If you are Jewish and live in Israel, we will send you a FREE copy of the book Babylon the Bitch: Enemy of Israel … AND … we will pay the shipping. Just send us a letter by POSTAL mail with your complete Israel POSTAL mailing address (include your Email address, also, for confirmation) to: 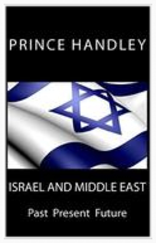 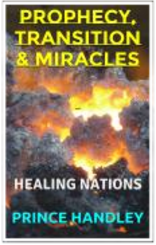 University of the future